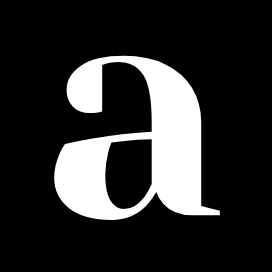 When getting into fitness many have the goal of growing their arms, whether that be biceps or triceps individually or your arms as a whole. While arm growth does follow the principles of hypertrophy there are some things that can help your journey to bigger arms as well.

Anatomy of the Arm

When trying to improve any part of your physique it’s important to understand a bit about the anatomy of that area first. By understanding the anatomy it will help you know what exercises to do to best target the areas you want to focus on and can also help with mind to muscle connection.

The upper arm consists of three muscles in the anterior compartment (front of arm):

The brachialis lies deep in the arm and can’t be seen, but if you’re able to increase its size it will push the bicep up and out more, making it look bigger.

The biceps have two heads, the long head on the outside and the short head on the inside. These have three main functions: elbow flexion, forearm supination and shoulder flexion. Paying attention to the functions of a muscle can help you learn how to best train it.

A 2010 study by Youdas et al found that the biceps solicited higher EMG activity in the chin up than the pull up, suggesting that if biceps are your primary focus chin ups might be the best option for you. However, both highly activate the biceps so it might be best to try both and see which one you find most comfortable.

There are many row variations that you can do that will elicit bicep activity and you can read about them here. One of the best rows to target specifically your biceps is the inverted barbell row with a supinated grip. Similar to a chin up, the exercise focuses primarily on your back but has a heavy focus on the biceps.

However, most compound movements are mainly for back strength which is why it is important to do isolation movements.

The isolation movements for biceps are all curling movements. For example, the bicep curl, hammer curl etc. All curling movements lead to bicep activation and will help growth so it’s best to find the one that feels comfortable for you and is suited for progressive overload.

If you choose a bicep curl over a hammer curl for example, it may be best to use an EZ bar as you can easily up the weight with small plates, whereas depending on your gym this may be a bit harder with dumbbells.

Just like the biceps, the triceps can be built by using a combination of compound and isolation movements. Any pushing motion will help target the triceps, this includes push ups and bench press.

If your primary focus is triceps, try adding in a close grip bench press to your routine. This will target your chest as well but due to the narrow hand position your triceps will take a lot of the movement. The same goes for push ups. Your triceps will still be used in a standard position push up but if you really want to target them a diamond push up is a great option, as is a single arm push up.

le tricep dip is another great compound exercise to grow your arms. Like bench press and push ups your chest will also be targeted but because you are extending your elbows the triceps will take a lot of the movement.

To grow the triceps with isolation exercises it is best to use one overhead exercise and one non-overhead exercise. This will target the different heads of the muscle. This can be done by doing the extension du triceps au-dessus de la tête, with a dumbbell, resistance band or on the cable machine, as well as tricep kickbacks on the cable machine. It isn’t necessary to do these specific exercises together, as with the bicep isolation exercises play around and find what works best for you.